All the plume patterns remain the same, so we'll get the same weather. 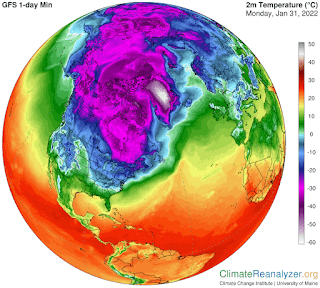 That is, eventually.  Right now everything is stationary, waiting for the next Pacific plume hit.  That last one was a slasher, so it's bringing up a little Gulf warmth.

The big thing is the incredible cold of the pole.  Greenland is full lightbulb of -60, and I don't recall seeing that before.  The ocean can't go that cold because of physics.  Usually, we'd expect a giant clairslide after the clipper, but there's no motion yet.

ps. and the silly award goes to -- 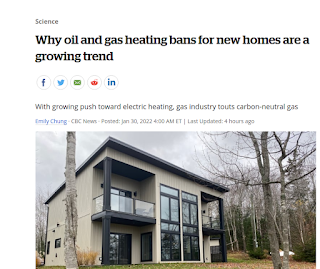