Winter clipper in the summer

We only have the weak heat from the Gulf, and no heat from the Pacific.  The latest Pacific plume has gone up to Alaska, and will come down on us as a clipper.  It's no use saying how unusual this is, since nobody watches this stuff.

The big Spanish heat wave of a day has moved on, and there's nothing in the news. 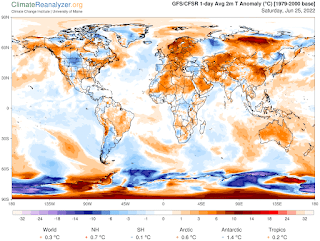 They can go on about Siberia again, but who cares?  The current heat situation is like everybody ignoring the fall of bitcoin, and just showing plots truncated at a few months ago.  CNN did a great truncated world temperature plot a few days ago.  Makes for a great story.

ps.  and look at the Pacific, it just keeps getting colder and colder.  This is a massive event and would have been noticed, if not for the group-think. 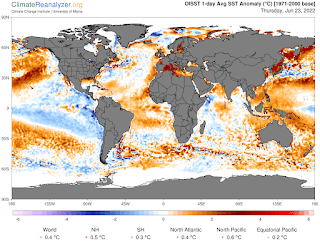 Sitting on the deck and I'm so hot, hot hot.  I suppose I should go into the ice water.  Thanks for our 2 day heat event.  Hasn't made the warmie media yet.

The picture can't upload yet.  I have a lot of trouble catching the LTE. 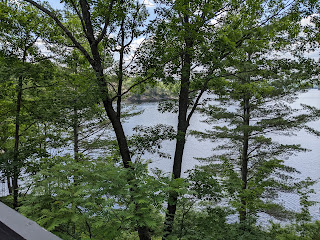 Posted by Harold Asmis at 1:20 PM No comments:

This is a nice picture, illustrating physics.  The big plume of heat is surrounded by cold air.  All the rain action is on the edges, and right now, Toronto is in a zone of hot peace.  Not a speck of rain for us, yet the cottage is drowning in water.

I'm surprised that the weather people are calling this 'a two day heat event'.  They must have defined that a heat wave is over a week.  However, in the UK they can have several heat waves in a week.

Posted by Harold Asmis at 9:12 AM No comments: