This is funny-strange.  Brent just asked how long a 'plume hit' at Alaska takes to come down as a clipper to Toronto.  Usually about a week.  But I just looked and we are now so cold that there are no more clippers, just cold, cold, cold.

A very strong plume has hit Alaska and splattered off, just like hitting Greenland.  That means we are in an 'ice lock'.  The plume splatters off.  In all the years of looking at this, we have a first.  So it's good that the warmies have all moved to Antarctica where every chunk of ice going off into the ocean is a net loss of ice mass.  Only that last paper mentioned that there is something called 'snow'.  Neat.

ps.  in summary, clippers are guided by the earlier cold blob over Hudson's Bay.  Once that blob swallows the whole country, the clippers are choked out. 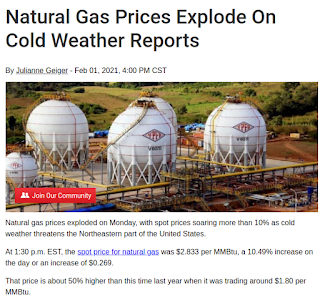 This will mean good earthquakes in the Spring.

more:  It has splattered against 50 below, which is what you need for a good ice block. 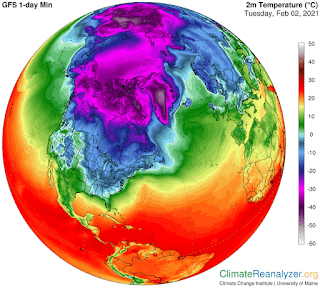