I told the cbc to please not call it the 'Polar Vortex' any more.  I said that whatever you believe caused the cold in the first place, it is not a vortex.  I think they are calling it Polar Air Mass instead.  But it's not even that, since it has come over us.  It is just cold air.  (and the cbc doesn't really listen to me) 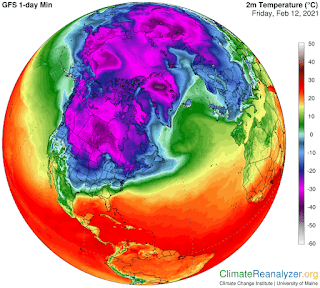 And there's that 50 below 'Heart of Coldness'.  It's all being stopped by the Great Lakes which are now 'volcanoes' of heat energy.  The physics of water is what maintains life on the planet.  We will always enjoy temperatures that are beneficial to life.  However, over population can hit any species. 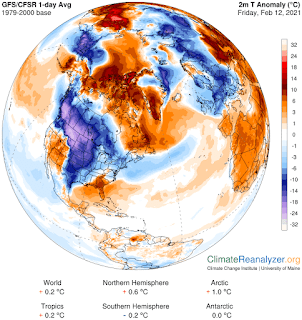 This is the temperature anomaly, which indicates whether it is colder or warmer than 'normal'.  Although there is a big section warmer than usual, we are talking 30 instead of 50 below.  The warmies can't do much with that.  The irony is that I predicted that the UK would become Labrador, but that place is warmer than usual. 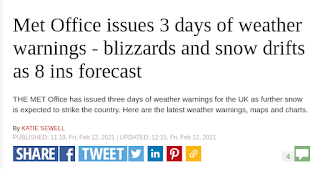 Actually, Labrador City is running 30 below, a tropical paradise this year.  :)

ps.  this is an interesting graph.  Shows from the 70's

It plots the warm cycle, and we are going back to the 70's show.

pps.  the world temperature people are having some troubles, so it might be a fair bit of time before we see those graphs.

Your right that is a very interesting graph.

How's the ice lookin in TO.
Ice on the shorelines?
Heading out to Lake Erie today- I've heard the ice is massively thick. Should be interesting. And very, very, cold.

Lake Erie still has a central section churning along. Once everything is at 4C, it will freeze over. My kids go to a bay at Pickering all the time with the dog. Very smooth ice.