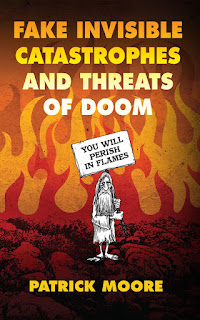 Yeah, now I won't have to say anything!  Actually, I skimmed the article and would never read the book.  He is doing the exact same as everybody else.  He is giving a narrative and cherry-picking facts.  That is the only way to sell a book and make money.

I, on the other hand, never make money.  I go with the 'Scientific Method' which he barely hints at.  It's all 'living memory' and 'common sense'.  I wish him luck in making money.  Maybe Alberta will hire him.

Dear Patrick, I know you are just dying to respond to this, but you have better things to do.  That's fine, I'll go with my imagination of your intent.  It may be all in my head, but that's where everything is.  Some people say I just like to hear my keyboard click, but I can't comment on that.  I greatly enjoyed your promotion of nuclear power, but we know where that went.  All the bright people are earning money chasing the fantasy of fusion, plain nuclear power is just for dummies.

So, I mean no offense about the book.  I want everybody in Alberta and Oklahoma to buy it.  It continues on our modern theme of 'The End Justifies the Means'.  Everybody does that, and I'm glad I'm out of the 'dog eat dog' world of money.  Have fun, and 'go get 'em!'  Signed, Fish.

Is this Patrick Moore ex of greenpeace?