This is one state of chaos, called 'Quivering Blob'.  Any mechanical chaotic system will go through this before another major cycle.

This is the latest ocean current map.  The mystery is the extent of the cold. 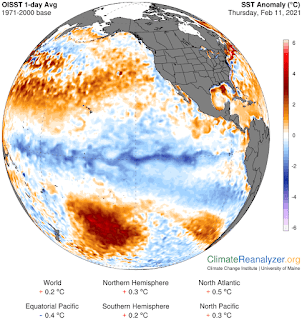 This is far beyond anything I've seen before.  The whole thing is cold because the current is flaking off and continuously recirculating.  Normally, it transports a lot of heat energy, and now it isn't.

I'm beginning to suspect that the reason the world temps are late because the results are too shocking to release.  But maybe it's just computer problems...

If the Pacific current would remain a quivering blob, then this could be a major ice age.

ps.  and the Arctic ice volume is doing well, but the ice extent has gone to a normal pattern.  I suspect that the 'Big Hole' in the middle is filling in.  That was caused by the strong Pacific current last year. 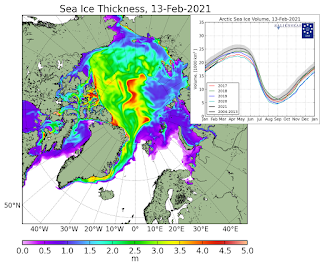 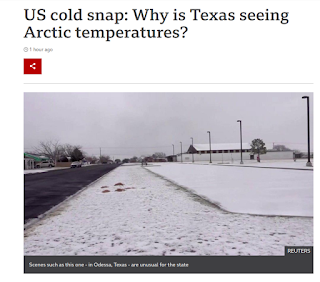