The Danish Empire has collapsed, and taken the ice volume chart with it.  It's suddenly down about 5 years. 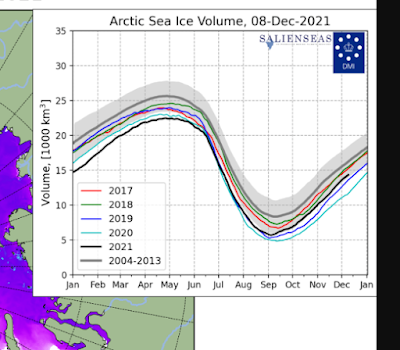 Here I was, crowing about the Arctic ice volume and it was all a bummer.  My buddy over on the conspiracy channel naturally thinks it was a conspiracy, but I think the reality is worse -- stupidity.

Well, the ice extent curve was at a mediocre spot, and I wondered about that.  As well, the Arctic has shown temps above normal.  Too bad.

So, I looked at the RSS polar chart. 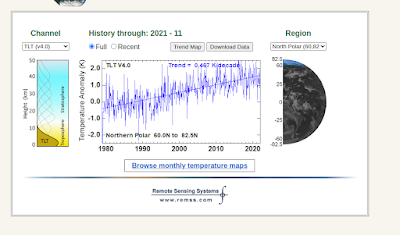 It's down a lot and looks perfectly flat.  Here's a magnification since 2016 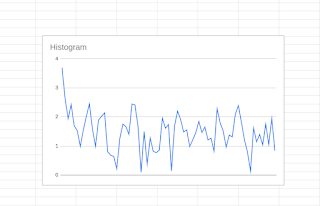 You couldn't get flatter, but I'm suspecting a tiny conspiracy to get off the Google naughty list, and that they over-corrected.

I feel like a fool, but Europe is cold and gasless. 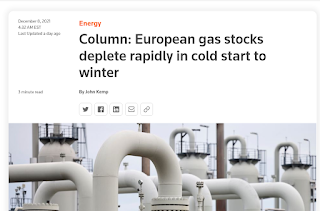 ps.  they got back to me.  Apparently, it is an integrating model with the ice volume being an integration of what should be expected based on temperature, etc.  There are no direct ice thickness measurements.  Now, they have a new modelling method, and a tiny change can cause the end to drift, ie. great instability.  Looks like I'll throw out this product - bad physics.  I'll just go with the others.

pps.  the piomas plot has the volume exiting the band.  The last few years follow the RSS plots on temperature. 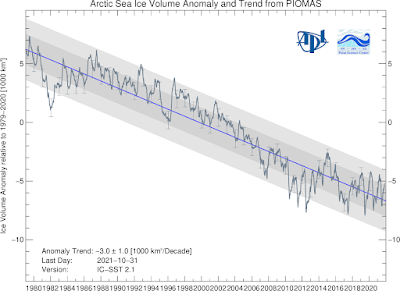 This suggests that the Danes over-corrected, perhaps due to influence.

It's all about the narrative. The world is getting hot. Paging Orwell.

I know, I read that.

No direct ice thickness measurements?
One can stop the trial right there and then, and go to "The sentence of the court is..."

I always thought they had a radar that could penetrate the ice, but apparently that's not the case.