Covid evolves to the end of the road - Part 1 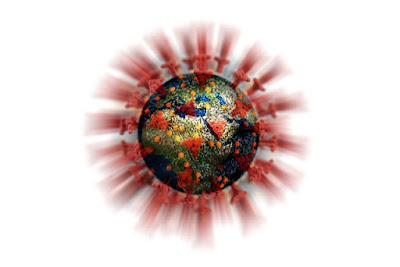 Time to get back to the physics of this thing, again.  I've called this a 'Grand Stupidity', mainly because the way the doctors treated masks and eye protection.  Doctors are of the 'philosophical science' in that everything is observation and argument.

All our plagues have come from animal husbandry, simply because that is the best source of something new and deadly.  On this level we would call it physics-evolution (phev), because it is too brutal and cruel for the woke philosophers.

We must look at phev, as being a change in one molecule at a time, and we'll just do viruses for now.  So, in the duck pond, there are lots of viruses, and one virus has a slight shift or takes a bit of 'code' from another virus.  'Little Schnooky' comes out of the pond, full of promise, and drifts over to the local duck keeper.  If things aren't right then she dies.  She can't compete with all the other viruses, and they won't let her play their virus games.

But, fear not!  Schnooks did well in humans and went back to the ducks.  There are more successes, each with just a molecular change.  Soon, they jump from human to human.  Now, they are on a different phev train.