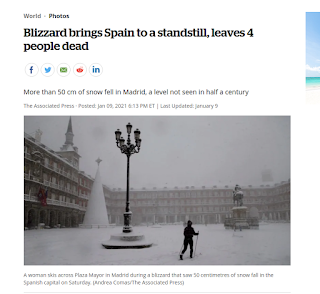 Our friend in Spain was right -- that the animals were getting ready for a cold winter.

And we have the UK. 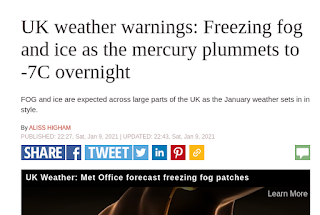 We can see this with the 2m temperature anomaly. 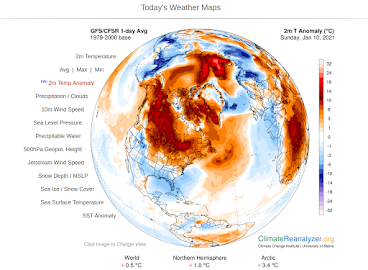 This is all the CBC can report, that Canada is a bit warmer than normal.  And CTV quotes:

If a polar vortex is triggered, it could make its way through the southern parts of Canada, according to Philips. Most of Canada has experienced a generally mild winter, which Philips attributes to a warm jet stream.

“One of the indicators is the jet stream – a river of air that blows from west to east – that has been flooding Canada with a lot of Pacific air and southerly air. It acts as a fence to the vortex, keeping it in the north,” said Philips.

And this is why we've been sucked into the whole warming thing -- no physics.  The jet stream is not a river of air blocking the cold, it is merely an effect of warm meeting cold air, and the air just rotates in place, with a slight tilt that the jets can use.

Anyway, our warm zone is being surrounded by cold and will slowly collapse without any input of heat energy.  The Arctic ice volume curve is hooking back again, and we should being going for a record.