Attack of the Polar Vortex Fairies

This is no joke, they are now a huge force. 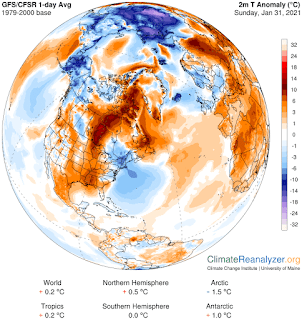 Every one of those blue zones is now claiming that the PVF's are attacking them.  They descend quietly without displacing any air.  They shoot beams of cold energy, and freeze everything.  The warm zones are where carbon warming is happening, areas of sanity.

This attack of PVF's is probably a result of human activity, because that sounds so right.  It's 'Instant Karma' for trying to stay warm by burning stuff, or eating meat.  You can fight them by blowing covid on them, or is that just wrong?

ps.  the worst thing is that they have BUSTED OUT OF THE VORTEX!  It no longer confines them.  It's shattered and in pieces.  I don't think it will ever recover.  Perhaps we should just call them Polar Fairies now.