My ocean currents map is stuck at Christmas, thanks to trumpypants.  And they aren't throwing out new floaters for the temperature.  I find the Southern Hemisphere only seems to update once a month.

But what an update!  It looks like the entire Atlantic belt has just dumped south.  The current map would have confirmed that the main current suddenly went south of the nose-deflector and is gushing arterial blood.

Naturally, I will say this is 'unprecedented'.  As you can see, the warm water is curving around and may engage the 'lock' that I said was possible.  If it hooks in, then we are in for a major ice age.

Stay tuned, and hope the current maps are out soon.

Meanwhile, back at the ranch of air plumes, the Atlantic plumes are still going straight up, leaving the UK.  New ones are still being generated.

And if you've got nothing else to do, this is a laugh. 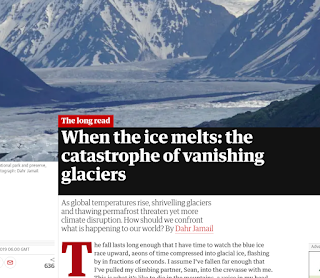 ps.  this is reality 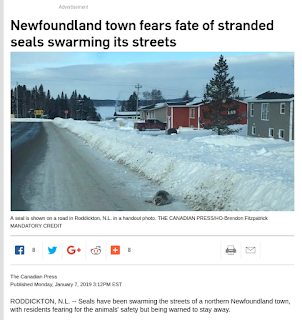 caused by the incredible rapid attack of ice along Labrador

Appendix:  As usual, I'll add some more for Penny and the old guy.  The temp charts show that this whole up and down thing is confined to the Northern Hemisphere.  When I mentioned to the Guardian readers I got a hilarious account of 'English Major Physics'.  Nevertheless, these guys are the masters of semantics and fb hate mail, so I generally hide.  Our northern cycles consist of a 40 year (full wave) cycle that gave us the 70's freeze.  We also have a 600 year (full wave) cycle, where we can only dream of the mechanism.  But that cycle is 150 years quarter rise, and we have come to the end of that.  We don't know how rapidly that drops, but it's happening now.

My hypothesis is that the 40 year cycle is the Pacific building up and dumping heat energy, which involves the total volume of water, down to some reasonable depth.  For the last few years I have observed the Atlantic current getting close to tipping over the nose of South America, but it has always pulled up.  I speculated that it could totally tip to the south.  What a dream!  or nightmare.  Who could have such imagination?  When the Pacific and Atlantic sync, we get ice cubes.

It turns out the s. hemi water temps chart has been frozen for over a month.  And now, it's my dream in full technicolour reality.  Wow.  I hear the US dept of energy is throwing in money to fight nasa.  Good luck with that.