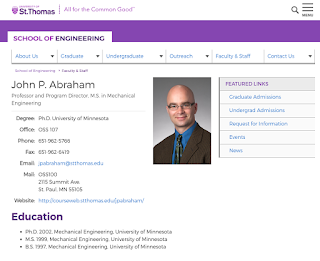 He has caught my attention with this recent article. 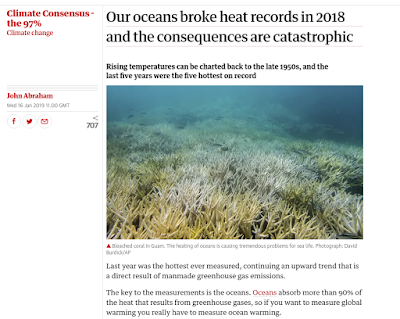 So, looking it up this guy is a mechanical engineer.  He knows heat transfer, but on the small scale.  I looked at his early papers.  He made his fame as a debater.  He saw one debate where the guy tore apart global warming, and then produced a rebuttal where he tore this guy apart.  Nobody suggests more physics, it's all brute force.

He suggests that water temperatures are more important than air temps.  But does he know how they get the global temps with satellites?  He seems to have no clue, since the oceans at the surface are always the exact temperature as the air.  And the satellite measures this.

He is a great debater.  He uses the famous 'hotter than ever', when temps have been flat as a pancake.  Maybe you can find a tiny smidge over than the year before.  But the gap between 'a scenario' and reality is getting bigger and bigger.  They should plot that!

He's making all his money now from silly 'carbon free' schemes.  Good for him!  You have to make money somehow.  I totally bow to the force of his debate, and shall say no more.