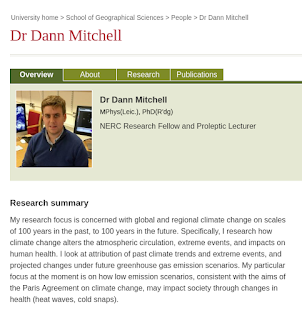 He is a pure chartist.  His publications are all 'impact of global warming'.  I have noted him because of media comments.  I really want people from Leeds, but Bristol will do.

Dr Dann Mitchell, at University of Bristol, said a large proportion of carbon dioxide released into the atmosphere remains "for thousands of years", and the repercussions of the Met Office forecast "will also be felt for tens of generations".

I especially like the fact he was in on naming the 'Vortex Split'.  That's original thinking!

ps.  brilliance with charisma and semantics.  Anybody who debated with him would be torn to shreds.  And we all know that debates and consensus are the way to scientific truth.

pps.  wow, 6 to 8 inches of snow.  Had to go to the airport this morning with the Camry, and the snow tires were worth the money. 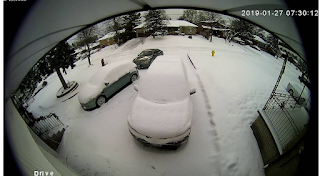