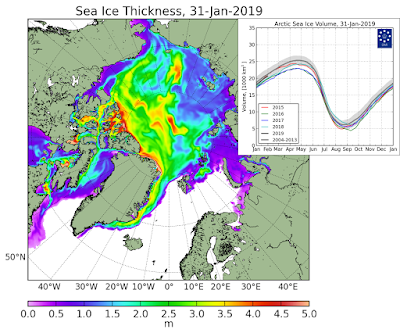 Yeah, for the Danes!  They get their charts out on time.  The Americans drag their feet when it shows tremendous ice build-up.  They're all warmies.

With this chart you have to magnify it to see that the current ice volume has actually crossed lanes in the winter and is recovering back to the old average.  Got a while to go to get to 1980's volume, but the satellites weren't as good then.

Ice is 5m thick in the middle.  All that new ice creation sends a powerful salty cold current down to disrupt the Atlantic.  No reporting on that, either.

ps.  The Arctic temp is colder than ever, but temps near the thin ice are hanging in at about -30.  There is a tremendous amount of heat energy released when ice is formed. 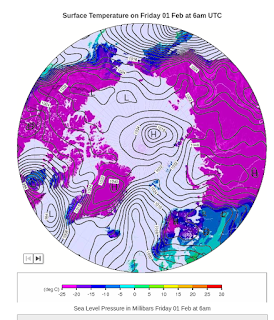