Tides wait for no man 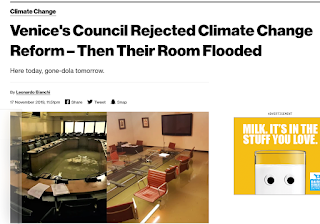 Everybody is going on about how Venice is climate change.

Yet, even the guard doesn't blame UK flooding on climate change. 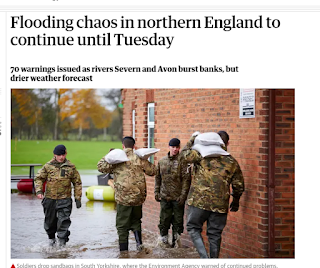 That's because of the cold.

There was also a risk of seeing a very cold start on Tuesday, according to Yeomans, with potential temperatures of -5C (23F).

You can't have anything to do with climate change when it is the coldest and wettest autumn ever.

The Met Office said its Sheffield weather station had recorded its wettest ever autumn.

If Venice is climate change then it is sea level rise due to global carbon warming.

So, I looked at the Bermuda tide gauge. 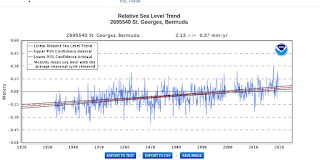 Bermuda is sinking.  That's the problem with 'sea level change', every piece of dirt is either rising or sinking.  If we take out the trend. 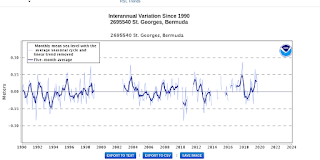 then we get a lovely flat plot which shows the effect of El Ninos.  I magnified the last bit, since 2013. 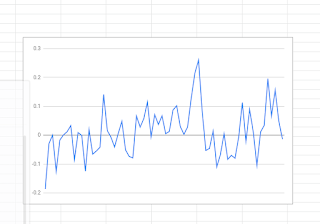 It reflects exactly the global temperatures as determined by satellite.  And there is a bit of a lag.  Sea level changes reflect the overall temperature of the oceans.  Warm water expands.  You can see our last El Nino (after 2016-17) and the plunge now.  So, is Venice carbon warming?

To remind people here is the global temp chart. 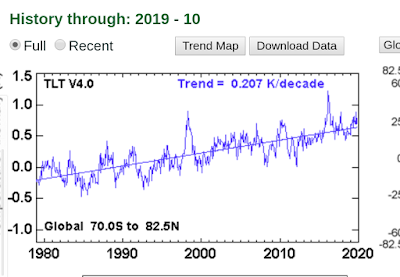 Had Venice flooded at the peak, then maybe.  But it was a combination of huge rains and high tides.