Global temperatures down for October 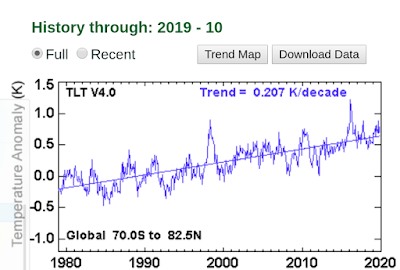 Not by much, but you can see that we are over that long, slow El Nino.  The general energy of an El Nino event can be determined by the area under the bump.  Thus, you can see that 2016 and 1997 were huge.  This last one was quite long.

The last bit is magnified here. 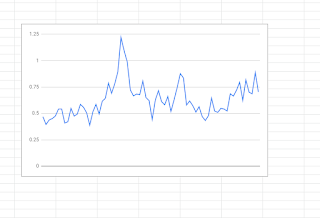 The continental US has dropped a lot, which is expected for our very cold weather. 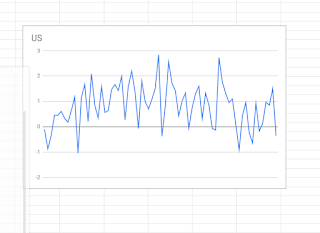 Interesting that the north pole has gone up a bit because of that huge plume that hit in early October.

We are at the top of the sinusoid for temperature cycles, and going down.  I expect that we will go below all the satellite records.  We have two cycles working here, the 300 year one, and 20 year one, and this past cycle was a peak for both.  Since the warmies can't do math or physics, this concept is beyond them.

ps.  My old guy finally left this world.  He was my greatest fan.

more:  Polar bears are having a party. 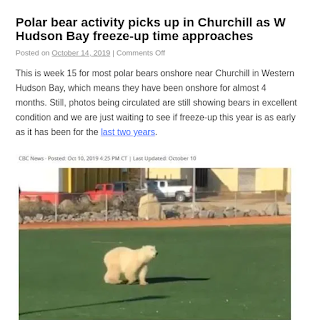