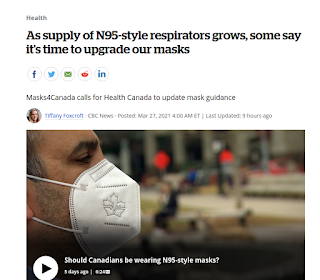 Somebody will make a lot of money if this goes through.  Physics people know the meaning of 'Diminishing Returns', our wonderful leftie English Majors never know that.  They focus on whatever trivial influence they want to.

Let's imagine an alternative universe.  Little c-bugs get introduced to humans by either a sneezing lama or a lab-leak.  They are quite well-evolved for lama parties, they have endurance, oxygen protection, and rapid reproduction.  When the humans find them, they have fun in usual social situations of snotting, sneezing, sucking up the nose, and finger contact.

The humans wake up and recognize that they should wash their hands and wear crummy masks.  They listen to doctors who are all biology majors.  Lurking in the c-bug population are unsuccessful variants who are swamped out by the regular bug.  And just like the ICU, the humans wipe out all the regular lama-bugs.

Suddenly, the variants have a chance.  The softer bugs can get through masks and are directly shot into the eyes.  No need to be rugged, they can have much more sticky hairs.  They succeed and work around masks and handwashing.

The human doctors can't admit they are wrong and double down on useless masks.  The masks get to be the size of a cantaloupe.  The variants laugh and start to kill everybody.  Bigger and bigger masks with motors and oxygen tanks, while leaving the eyes untouched.  Yeah!

Nurses reported they didn't get the c-bug when they added eye protection to the mask.  What if they chucked the mask and just went with eye protection?  Would the results be the same?  We'll never know.

So, this imaginary world became like a big ICU with super-bugs everywhere.  Next the people will try vaccines which kill 99% of the bugs.  What happens to that 1%?  I hate to think.  Anyway, a much better chance than masks, since simple variations won't work.

The Doctor Song (let it snow)