Cold Blob Forms Up for Another Attack

And I thought it was done for the season. 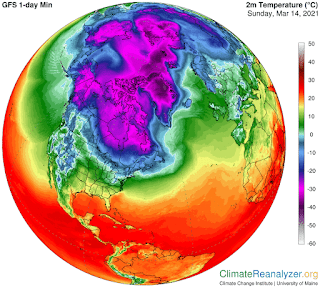 But we start to see the black again.  This is air at -40 to -50.  I like to call it an 'Air Glacier'.  I would love to see a chart of the volume or area of the blue blob.  But, after a monster ozone hole last year, there seems to be nothing this year.  Good for those who like to sunbathe at 40 below.

There are no animations of the Blue Blob, but you can get a hint of it with the plume chart.

The descending clear area is the blob.  The black area of the blob is nothing compared to the 'Texas Attack', so we won't have to listen to those whiners again.  The 'Warmie Machine' is quiet these days, I wonder why.

The Pacific plumes are quite chaotic these days, so there's no predictable pattern.  A while ago, it was a standard Spring pattern, but that's gone.  The Arctic ice volume is still building up with a strong line. 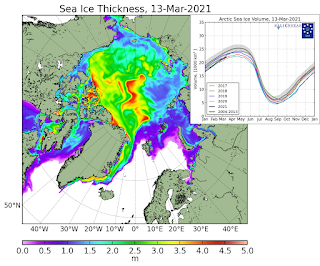 It's curving up a bit.  I'm expecting a strong finish in the race against history.  The Pacific ocean is still cold, so I expect a late Spring, which is bad for my tomatoes. 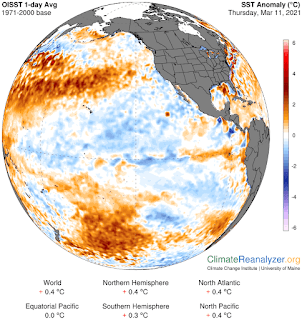 And we have poor Europe and the UK.  Lots of snow for them.

ps.  I just realized that the Warmie Machine is full of Australia and Antarctica news during our freeze.  But those guys are cold with lots of plumes crossing them.  Could it be that the fire cycle has nothing to do with carbon? 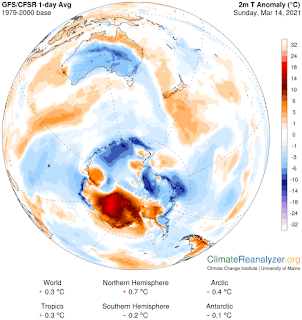 Not a speck of any news from them.  Totally forgotten.