Hudson Bay continues to save us by vortex boiling

This is the neatest physics ever, and will never be measured. 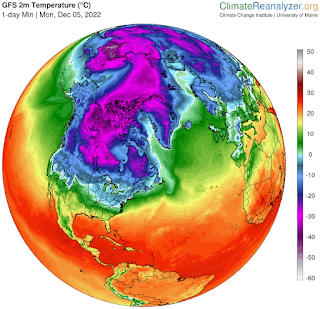 That cold air stream just wants to freeze us.  But our super hero Hudson is holding the fort.  Vortex boiling is the key to how heat flows around the Earth, and why we have our temperature cycles.  Of course, this involves violent convection which is an outlawed subject.

Besides wasting a trillion dollars on windmills, the current situation is a 'dark age' on atmospheric physics.  No funding at all.  We must just accept what we are told.  I'm fine with that.

Poor Super Hudson is going to run out of heat energy and freeze over.  Then the Great Lakes.  Then it's our turn to have the heat sucked out of us.

ps.  this is hilarious that a leftie union is demanding snow tires 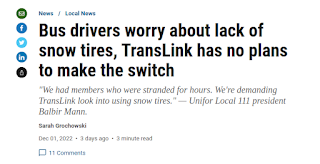 This is a result of our dark ages.  Had it been accepted that we were entering an ice cycle, then they would have budgeted for snow tires.  However, it was all 'la la, no more snow!'  The story tellers have come back with hind-sight explanations saying that 'the melting Arctic' will bring more snow to just the Vancouver latitude, and warmth just underneath.  However, they weren't there for the budget meeting.  :)