Boeing -- Unsafe at Any Speed 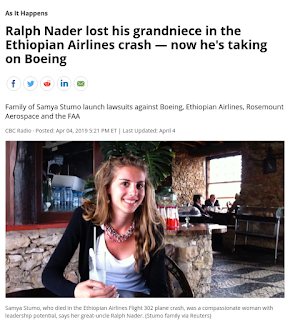 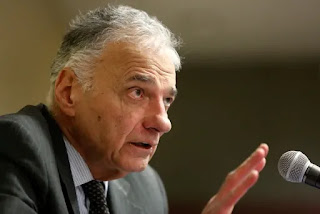 Oh man, this guy should be fishing and not writing anything....   He echoes my points that the plane is unsafe at any speed and they just slapped on a software bandaid.  Oh well, the US has fun suing everybody and their dog.

A single sensor will fail at one in 10,000 per year, per device.  This is the best that engineering can do.  That's why you lay on other independent systems.  A commercial airline should be at 1 in 10 million.

ps.  It's ironic that in Nader's time, the big lawsuit awards came from a 'smoking gun', which is where some bright guy said, if you don't pay an extra 10 bucks, a lot of people will be killed.  Because of Nader, the companies all got rid of those guys.  Did you see any in VW?  Now they are all trumps, saying anything that sounds good.  :)