This is the end of new physics reports at the beginning of each month.  Now, all I'm doing is listing cold events and making fun of ridiculous explanations.  This is a rather negative activity, and it is not good for my depressions.

The news for the rest of the month is predictable.  A few more blob attacks, the Arctic ice will finally retreat, and someone will find a warm spot somewhere in the world.  Eventually, we will start warming up for summer, and the warmies will go to town.  All will be good in the world.

The new monthly cycle begins with the sea level, and it will probably be static.  I would hate to see it plunge.  Then we'll get all the charts showing big drops in world temps.  These will all be ignored.

NOAA will stop showing it's charts when someone in the Biden Army notices them.  They will all say "You don't understand climate change." which will be the new mantra against physics.

I will attempt to put my tomatoes in a poly-tunnel, but the -10 weather in May will stop me.  120 km/hr westerlies will blow my tent to the river.  Good thing I'll never get to use it.

Our vaccination rate won't go above 50%.  New strains will evolve.  Auntie Ford will dictate that we can't breathe.  Toronto house prices won't crash yet because the gov't will never turn off the taps.  Money will cease to have any meaning.  :)

ps.  oh darn.  The final world temp calculation has come in -- RSS.  I thought they were gone. 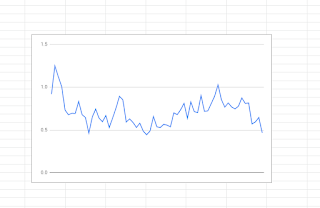 We have 'recovered' from the halfsie El Nino, and now are at the lowest since the 2016 peak.  There is nothing stopping it from going down steeply from now on.  All the more fun for the holy men "Ah, you do not know the secrets of the Universe.  You are banned for life.'