So, you are all saying -- Surely to goodness, it must get warmer!  Like I've said, we'll get our stagnant air July, but everything else will be colder and colder.  I remember 20 years ago when warmies made bets that next year would be hotter.  They always won, and drove the doubters into the dirt.  Who'd believe that two cycles would combine?  Who would believe bitcoin?

Yet, I could make the opposite bet now.  Next year will be colder.  But I have physics, and the above picture shows the 'Anti Gulf Stream' going higher and getting stronger.  That didn't even exist two years ago!  Yet here it is, the Flug Stream, or maybe somebody has a better name.

So, all you warmies, hold on until July, then you can say "Warmest July Ever!" **  You can keep going for another year.  After a few more frozen years, and all the ice advancing, maybe you won't get any more money.  But, party like it's 1999!

** no ocean breeze means no rain and totally stagnant air under the full July sun.  I finally got my air conditioner fixed by getting a totally new one.  Damn nasa forced out freon and gave us this 400 psi crap so that one micro crack destroys the whole system.

ps.  so, this is good for you warmies, it'll keep you going for June.  Also, I was reading that winds cause ocean currents.  That's good as well.  Stories always triumph over physics.  :) 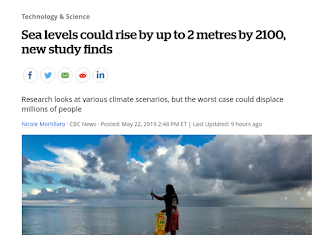 pps.  my new campaign is Warmie Survival.  Sooner or later the people will rise up with pitchforks and carbon-emitting torches and storm the castles.  I am not encouraging this, since these people are fine English Majors who gave up math in Grade 11.  So, warmies make hay while the July sun shines and secure your funding for the year.  Come up with more trillion-dollar schemes.  Everybody loved your last trillion dollars of economic activity.  Ground-up solar cells can be used to pave roads.  :)