The big heat pipe moves on

In an unbelievable development, the weatherchan, that bastion of warmie weather jargon has actually used the mimic warm air imagery. 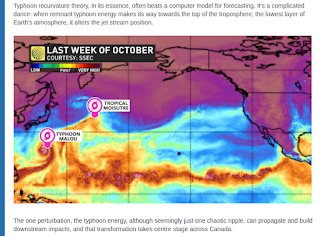 Of course, they screw up the physics, but it's good tv.

For real physics, we go to the mimic chart again.

The 'Big Pipe' has been with us for quite a while.  It was a river of warm air going right up the middle of the continent and warming the Arctic.  I said it would eventually move and it has.  These patterns set up and can last for months or longer. 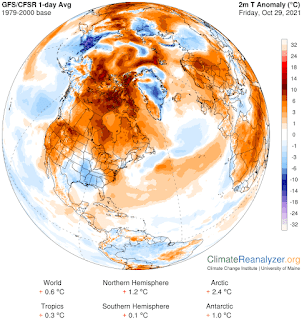 The pipe was keeping the Canadian Arctic 'warmish', and was pushing the cold air to Europe, causing them to burn coal.  Now, it is all breaking up, and who knows how the dice will land?

The Arctic ice volume is taking a wobble up, and ice extent is doing well. 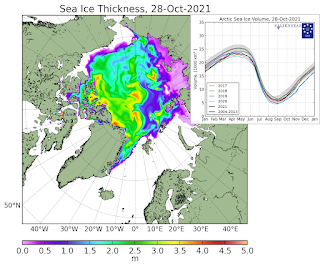 This is a 'denier site' and will be ignored at cuppy26, but perhaps the weathchan will use it one day?

ps.  perhaps weathchan has to up its game, because of foxy-weathchan.  Wouldn't it be fantastic if foxy went all Scientific Method, and physics?  With my luck, they'll just go creationist.  :(

pps.  it will be interesting if we all have to hide during inthecups26, or will they all be happy drinking carbon-beer and freezing?

more: ha, just looked at foxyweather.  The dancing weatherman is the big attaction.  :)