Okay, we've got our steel plate, but if we gave it a shove, it would travel through space, whirling and spinning like a US spy satellite! That's the nice thing about Shrekian Analysis, we could model the satellite spinning through space, and then have the missile blow it up into a zillion pieces!

But we don't want that now. We want the plate to stay in one place so that we can deform it. That means we have to hammer in some sky-nails! These are very special, in that they nail an object to absolute co-ordinates, in the middle of the sky. I think they must penetrate into a parallel universe! In more mundane terms, they are called constraints.

I will now enter the program, and continue the tutorial.

Okay, I have entered the constraints and applied the loads. 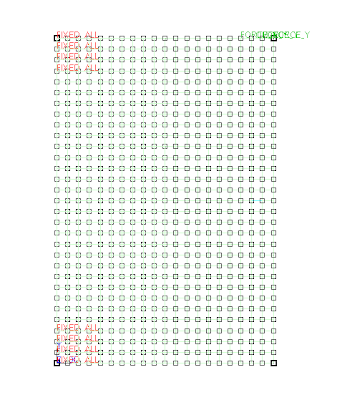 The final step is to run the model. Fingers crossed!

OMG, it's running! Only using one processor, might be able to fix that when clustering. 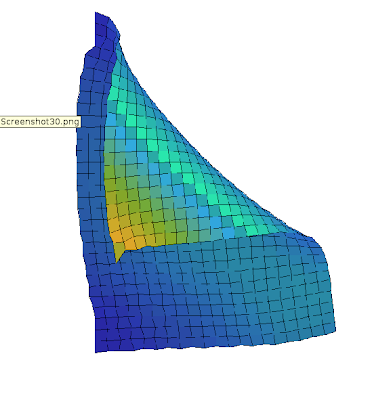 That's a big, folded pop-can. Instead, my looks like this. 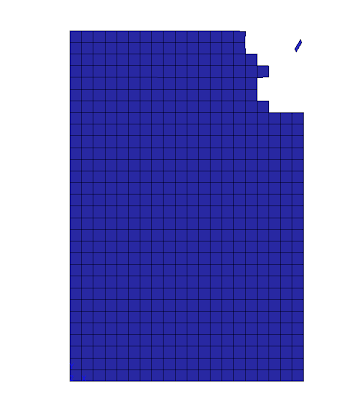 Which means that it didn't crumple, it just shattered and pieces flew all over the place! I most likely set the material properties wrong, more like glass than steel. Back to the drawing board!

This is fun! I'll keep mucking with it, until I get the tutorial right. Then, we attempt to put in a dynamic constraint to get some wave propagation, and we are on our way to seismic analysis!
Posted by Harold Asmis at 8:39 AM