Boeing, Dieselgate and the abuse of physics 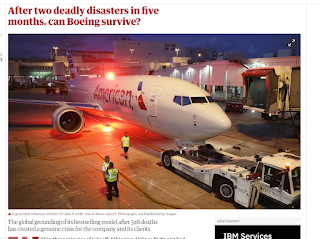 I like to write on the current state of engineering -- it has become too bureaucratic and they have left physics behind.

Boeing found themselves at the short end of the stick, just like VW.  They suddenly needed a fuel-efficient short-haul plane.  They slashed and hacked at the old 737 and came up with a monstrosity, something like putting a 300 hp outboard engine on a 14 foot fishing boat.

This Wile E Coyote thing could not fly, just like a diesel could not run, according to regulations.  In all these places, some bright engineer spoke out and said "There's no physics."  They weren't protected by a union, like I was in the nuclear business, so they were fired.  That just left the weasels, and they said they can come up with software.  The bosses said "Fix it or we'll kill you."

And that's the story.  It's not that the pilots can't fight the software, or just turn it off.  It's a question of stability which the engineers didn't consider.  Once the chaotic behaviour is started, it cannot be stabilized.  No 'software update' can fix this, since are are into new physics -- chaos.

In the nuclear biz, I wrote about this several times -- they used systems that were on the edge of chaotic instability.  Earthquake engineers do this as well.  Such is modern life -- no physics.

ps.  I could also characterize this as a slide from a 'physics purist' odds of 1 in 10 million, to a Facebook 'political expediency' odds of one 1 thousand.  Everything has gone that way. 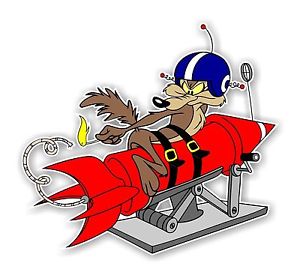 SOFTWARE CAN FIX THIS!
Posted by Harold Asmis at 7:33 AM