The Manifesto of Doug Ford

I am making this all up.  Nobody reads me and nobody listens.  But, I am happy, just like him.  This is what he would say in my happy universe. 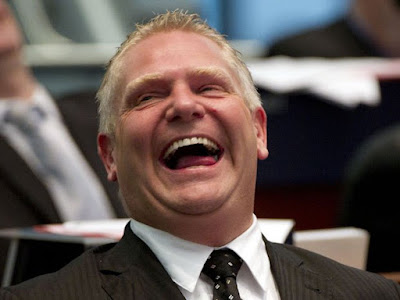 We had to jump through hoops to get it, but here I am.  I went all 'Negative Populism' to get this vote, but now I embrace 'True Populism'.  The Conservative Elite rigged the vote to get what they wanted, but now we will clean them out.

is the will of the people, plain and simple.  It is not Negative Populism, Hateful Populism, or White Backlash Populism.  It is inclusive.

Let's not fool ourselves, the left wing of socialism has nothing to do with the will of the people.  They are a liberal intellectual elite that is so incompetent that they have wasted billions of dollars on pet projects that only enrich their friends.  What have they brought to Ontario?

I could list endless wastes of money but let's start with the War Against Carbon Dioxide.

This is the current physics. 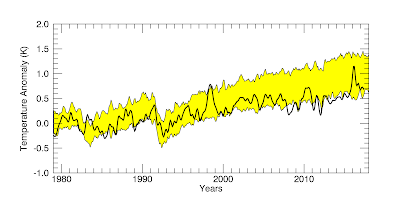 There it is, the very best physics of global temperature.  If you put in 'Carbon Dioxide Warming' in the atmosphere models you get the yellow band.  That was only a hypothesis put out by the Liberal Elite without any independent experimental tests.  Temperatures are not doing what they said they  would be doing, and now they are completely falling out of the band.  We are getting colder.

Trudeau and his friends can't argue against physics, and we have to ignore them, since it only made Ontario poorer.  They made millions, and Ontario lost billions following this False Hypothesis.

So we have a Niagara Tunnel To Nowhere, solar cells in snow belts, and windmills that never turn when you need the electricity.  All left wing foolishness.

This is Corruption of the highest order.  The Corruption of Incompetence, and filling the pockets of friends.  No Liberal will leave politics without a cushy job doing more incompetent things.

THIS IS THE TIME TO END IT ALL!


ps. to the unemployed English Majors - this is satire.  Don't get so upset.

pps.  Dougie just had to push that sex ed thing...