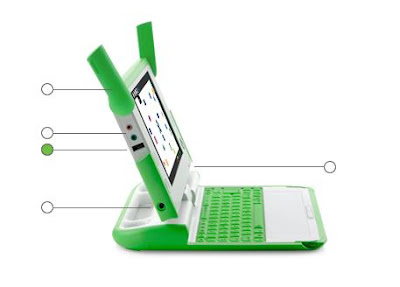 Once in your lifetime, you get involved in the centre of the most amazing connections. My middle son has found a friend from Uganda, who took IB in that country, and he took IB in Toronto. Great chance #1, and a good justification for taking IB, and going to Queens). We met his parents in Ottawa this weekend (what a bloody wind storm coming home!).

They are from Uganda, and the heads of various big programs there. So the son is going to Uganda in the spring to do some humanitarian work. But I got talking to them, and it was quite interesting.

Uganda has gotten over it's horrible years, and is doing quite well. The mother is big in the education area, and she even goes up to the North, where they used to have a nasty war with the child kidnappers. Now, they've discovered oil, and it's quite stable.

They don't have any technical people in Uganda! They hired a Chinese geophysical firm (my expertise!), and were totally hosed by them. These guys said there was no oil in the North, the next year the place was flooded by Chinese oil companies staking claims, and suddenly there was oil. Now, the government is suing everybody.

They have bypassed phone lines, and have bypassed computer desktops. They don't have a clue about computers, and don't have the wired infrastructure. The bigwigs all have computers in their offices, and don't take off the dust covers. Bill Clinton breezed in and outfitted a classroom with desktops and breezed out. It was a disaster! So they are complete computer technophobes.

Each summer, these parents run a compound where volunteers spread out during the week, and come back for a party on Sunday. He is in charge of medical programs. Uganda has done a pretty good job in controlling AIDS and Malaria. Much better than South Africa. As well, there is nowhere near the violence of South Africa.

So, I am a Linux expert, and we just had a Christmas party with a friend who is a big OLPC (XO) Linux enthusiast. He's in the Ultimate Canadian Private School, and does the science program. He always has a battle with the IT department who are MS drones. Anyway, he convinced their Outreach program to buy a classroom of XO's, which buys another set for the villages. They have made a link with a Peruvian village. As well as doing outreach, he uses the XO's to connect to dataloggers for Physics! Screw IT!

So, it is now my great idea to combine everything! I intend to get middle son interested in computers (wow!), by saying they are just a fancy iPod. We intend for him to go with some XO's and create some interest. In the meantime, my daughter will work on our local Weston IB to get interested and duplicate the effort in UCC (the private school). There is a rich donor we might tap. We have the connections to get Uganda to use its oil money (from the lawsuit!), and go into a full pilot. When that happens, I might go over and help them out.

My older son might postpone his hot job in bio-tech to get involved. He doesn't know anything about computers either! They always said to me: "Unlike you Dad, we were born with electricity!".

So, the kids are going to do the write-ups, and we are going to try and tap some donors, for a few XO's for the son to take there. We have family who might be interested, since this is the most exciting thing I ever came across! It is an absolutely sure thing, full of rational people, and rational ideas. No Canadian institutional stupidity! If you know any billionaires, let me know! I don't think Bill Gates would support this!

Happy New Year everybody!
Posted by Harold Asmis at 8:33 AM