Unusual ocean plume pinwheel brings up a sliver of warmth

Cold water in the Pacific has caused our normal ocean plumes to start from the far west.  For a while the pattern was a high hit with Alberta clippers coming down on us.  Then the hits got lower and lower, bringing us the normal cold.

Now there has been a pinwheel of strikes to the continent, with this last one being very low.  As with last year, that sucks up warmth from the Gulf.  You can see the sliver that will give us a day of rain.  The mess that is out in the ocean is totally chaotic right now and it is not holding a pattern.

Nevertheless, we see signs of a nasty winter.  My old furnace is losing a bearing and I just ordered a new one.  I just got a super-efficient fancy one because I don't want all that carbon warming us up.  :).  Or maybe I'm expecting an ice age.

For those who want to justify a new furnace, the Arctic ice is back on track to dive into the crowd and become a record year. 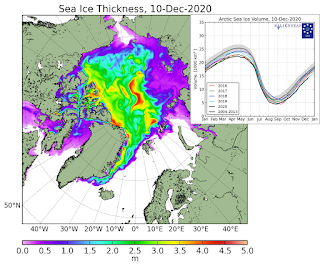 The little tick at the end is because ocean plumes have stopped going north.  Europe was enjoying warm weather because the remnants of plumes were coming up from Africa, going through Europe and dumping heat energy on the Arctic ice.  That caused lots of warmie headlines. 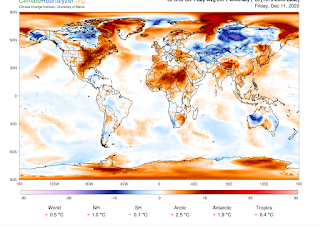 ps. with the straight temperature map, you can see that the 'Europe Notch' is closing up. 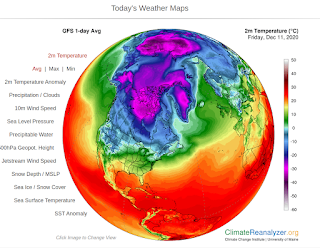 The very cold air is just above Toronto, waiting for a little nudge.  We might expect the Arctic island of Spitsbergen to be icebound this year or next.  That was the main marker for the start of the 'Little Ice Age', which was caused by chaotic ocean currents, as confirmed by modelling.  Of course, they said that this warming was not caused by that (to save their skins).