For November 2020, global temperatures flat as a pancake 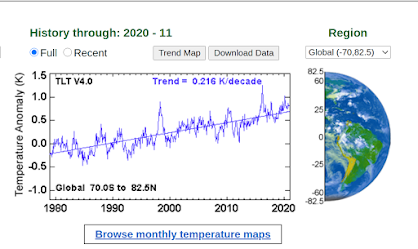 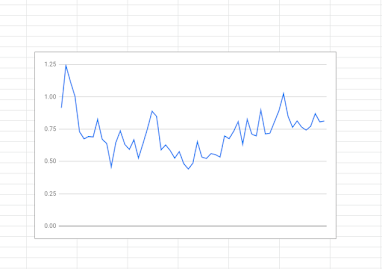 The very last bit shows almost no change over the last month, although the general trend is down.  The sea level was down though, and I expected a bit more of a drop.  Not too bad.

The happy people at the UN put their ruler on the last rise and blared that 2020 would exceed 2016.  Just like the vote, people live in their fantasies.  This last bump was caused by a mini Pacific reversal, and that's gone.  I expect a general trend downward.

Also, if you look at the numbers then this November is the hottest on record, because the 2016 spike missed that month of the year.  Still, it's a bit sneaky to trumpet that.