Oklahoma set for a winter earthquake

Ok, the odds of the Big Sequence hitting in winter are 1 in 100.  That puts it out of the minds of politicians and the media, but somebody, somewhere, should be planning for this.

I continue to look for signals, but they have a poor chance of actually predicting anything.  But it's fun.  The latest signal is something I've waiting for, which is the sign of a large strain field.  You can't have so much activity on the northern shear fault without it popping up earthquakes everywhere.  In fractured rock that strain disturbance can go very far indeed, and I wouldn't be surprised that New Madrid is feeling it.  Needless to say, this has been happening recently.

No seismometers were around in 1811 to register early signs of the New Madrid Sequence.  It probably took thousands of years to get up to where OK got in a few.  But the NE trending shear zones are constrained at the ends, and that's where you need thrust wings.  NM is completely the opposite with the big thrust in the middle and two shear wings.  That adds another uncertainty to OK.

A winter quake like 1811 is my biggest nightmare, and I've done the scenario for Toronto, which still stays at 1 in 1000.  All the electricity is off as well as gas.  All the oil is running down the river.  The busgus should be into this planning, but they are chasing rainbows in California.  The probably can't even touch the after-quake biz, because that's fema's job.  And they make the busgus look smart.

So, the planning will never get done.  Cell phones will last an hour or two maybe.  Like 1811, it will be a sequence of 3 huge earthquakes, so everybody better be in tents.  Only the army could handle this, but how much stuff do they have hanging around?  All the bridges will be down.

I can't go too much into this, because it is generally hopeless to pursue this line of thought.  It's best if everybody just covers their ears, and go "La, la, la.  Can't hear you!"

PS:  Get a yurt (Pacific Yurts) 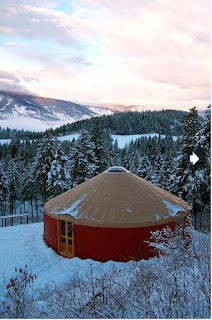 Warning:  Although excellent for earthquakes, they are no good for tornadoes.  :)