We might finally realize that Harper never really saved any money.  He just let things fall apart while giving big tax breaks.  That was his way to try and get the economy going, but it didn't work.  All tax breaks go to buying big screen tv's, infrastructure money goes to Niagara Tunnels to Nowhere.  Now it's Justin's turn.  All the necessary money can be raised by taxing legal recreational drugs.  :)

I'm a big believer in the idea that all this extra money should go into getting more money, or saving long-term as in health care, or providing a safety net for people to get back on their feet.  You've read my views on turning Toronto into Palo Alto, and Port Hope in Nuclear City.  As if any of that will happen.  Now comes the idea of turning Canada into a huge seismic exporter.

I had my golden days of creating new seismic networks.  That was amazing stuff, and then Harper killed the opportunity.  Now I want us to fund other instrumentation, especially strong ground motion.  We can forget about California because they've got it all wrong.  Align ourselves with Taiwan, they got some brains.

Right now I want this. 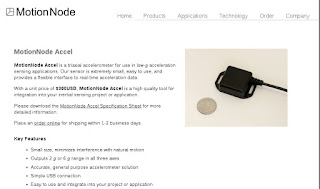 If I'm right it's a 16 bit 2g accelerometer.  That's perfect, and what I got for Darlington many years ago.  It's way too expensive right now.  But it can be cheaper in bulk.  Mate it with a Raspberry Pi, or some such thing.  Have it buffer the readings like a dashcam, and send upon request.  So nifty.  We could export millions.  It would help Okies with their insurance claims, it could help insurance companies deny claims.  :)  Always sell to both sides in a war!

We can still be big in conventional seismic, but the volume is low.