Communications after an earthquake 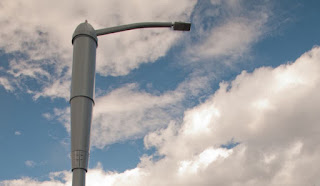 Just putting in more micro-cells doesn't do much.  After a big earthquake, everybody is just trying to call everybody else, and the whole thing grinds down.  As well, the cell towers lose their power, and only a few have diesel for a couple of hours.

There should be a protocol to prevent panic.  They should design an earthquake app, made for these situations.  After an earthquake, the cell systems should shut down all calls except for the app.  This would also be used for emergency requests, since the 911 phone lines would be clogged anyway.  Broadcasts to the app would be easy.  Each person would have information pre-loaded and they would fill out forms.  The data would get through.

This is something Dr. Lucy should be working on, not that horrible early warning stuff.  But seismologists want their day in the sun, and lots of money.  Oh well......
Posted by Harold Asmis at 3:03 PM