Tight vortex at the North Pole 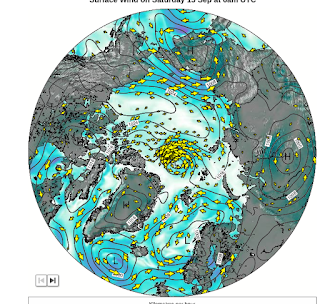 I love to see these.  As temperatures plunge to the 1970's we will see the return of the ozone holes.  nasa probably won't report them.  If they did, then we would see another nasa-ism collapse, that the holes are caused by chlorine.  They just assumed a chemical reaction could take place in the extreme cold and low pressure of the vortex.  When their lab reported the opposite, it was shut down.

I've noticed that the Carbon Cult has gone nuts in blaming Florence on warming.  I've seen their long plots of past hurricane energy.  They are making the same mistakes of the 'Earthquakes are getting worse' people.  Oh well, they are having fun.  Live and let live.