The tedium of quality - Get L'aide 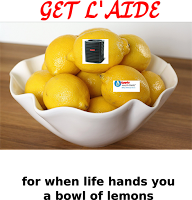 Chapter 2 - The tedium of quality

Demming formed a system of immense tediousness.  If your boss ever tells you you're going into Quality Control, run away screaming.  By charting everything, the goal was to get every input consistent, and the entire jitter several times below a problem.  When the excursions happened, it wouldn't matter.

The Japanese mastered this, but made no inroads with Old Detroit.  Then we had the 70's oil shock and a massive depression.  OD could no longer sell rolling boats.  They went for smaller, lighter cars.  No hope there, the cars were terrible, since they used the old standards of bashing steel and hoping for the best.

The quality was so bad, it gave rise to the term 'Lemon', which I am now appropriating for central air conditioners.  This was a car where the quality was zero.  It was probably a one in a thousand thing, and od didn't care.  The warranties were terrible.  Eventually you were saddled with a horrible car, and it was your loss.

But that whole thing gave rise to some great books.  I read them all.  The authors could get some great quotes.  That won't happen any more since everybody has a PR department.  I intend to just write funny letters and not even send them.

Lemon-aide for Air Conditioning, or 'Get l'aide'

Get L'aide, a new book trashing the air conditioning industry