Monthly Charts Confirm the UK is Going to FREEZE!

Anything to do with the UK and I have to capitalize.  But this is for all of us in the N. Hemisphere.  The monthly data is out and it confirms that global temps are dropping. 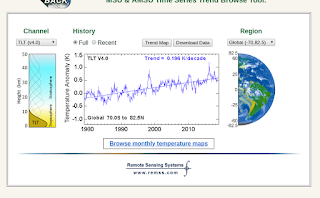 We had a micro-El Nino and it fizzled like I said it would.  Problem is that they have a local ENSO index, but it's like measuring earthquake magnitude using local felt effects.  The English Majors don't get it.  Maybe nobody gets it.  But it caused a little bump last month.  The previous bump was caused by the massive hurricanes last year.  None of those now.

As usual, I have magnified the last bit. 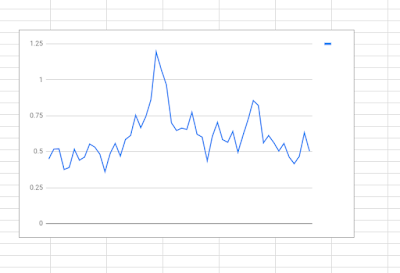 That bump scared me, but we are now on-track for a micro ice age of 20 years.  Could continue to drop to a mini ice age, but I don't know what the signs are for that.  I'm using ocean currents and global heat flow for all this, not just looking at wiggles.

Our Arctic ice volume is also on track. 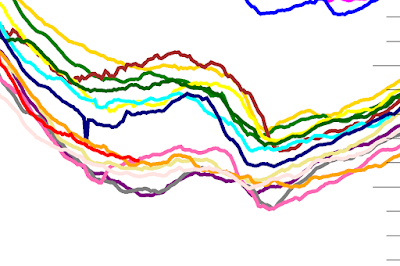 You can see the red line that terminates.  This is average ice thickness, over the given area, and is related to volume.  It's starting to cross lanes again.

The English Major Warmies had an article out this summer saying that erratic weather was due to the Arctic melting.  I call bull-sheet on that one!

Finally, we can see our summer coming to an end.  Strong Arctic air is blowing away our warmth, and the UK is getting the full blast for now.  They are going to have a Siberian winter this year, that makes last year look like a picnic.  In Toronto, we either go Winnipeg, or Buffalo, depending on the Gulf air.

More finally, we have the ocean surface temps.  The Gulf stream used to have a very strong signal in this map, but it's gone now.  You can still see the current, though, but it isn't doing anything.

For the UK, the headline is.