This is a fine milestone on the physics side.  It has no effect on the popular side. 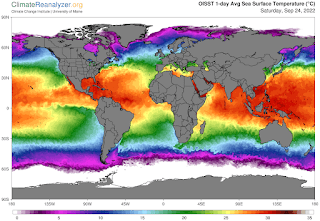 The belt has become Antarctica.  You can see that the whole South Pole ocean is dumping into the belt. 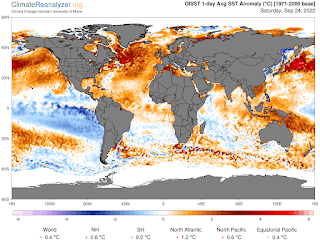 For the last few years I have been watching the East Pacific for any signs of life.  If there is a heat zone, then it shows up on the sea level, and world temperatures.  Once again, nothing to do with the Popular People Predictions.  Those are wonderful works of art.

The mimic shows an East Pacific hurricane being sucked back into the belt.  That never happens.  The Gulf hurricane proceeds on the tremendous heat of the Gulf, and will cool that water.  This could run up the west coast of Florida, and that hasn't happened for a while.  In fact, people consider Tampa to be hurricane-free -- Ha!  But one or two hurricanes keep the faith going.

ps.  this is one of my loser articles that does not catch the Popular Imagination.  Who would think that anything in the Pacific would affect the weather?

pps.  and the Arctic ice extent has strongly hooked. 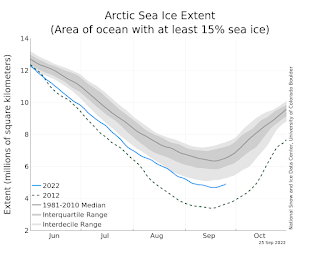