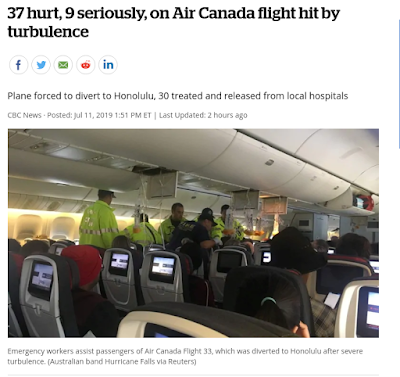 In the 70's they used to study clear air convection.  They used lasers and found huge convection cells of very high velocity.  But all that was destroyed when the 'greenhouse gas' religion came to nasa.  Now they don't do a thing, because to admit to this type of convection is to cast doubt on the carbon hypothesis.

For there can be no greenhouse effect if you have convection.  It's like having no glass in your greenhouse.  Modern lidar could define all of this, but their last measurement had all the lasers pointed upward from the balloon, to look at upper convection.

With a little bit of physics behind it, airplanes could have lasers looking for this.  But, no, airplanes will continue to blunder into severe cells, and we'll call it 'turbulence'.

ps.  a clear-air convection cell is a dry thunderhead.  No plane goes into that.  But, as there are more planes in the air, we'll see more of this.