Torontonian in Ottawa: Snowed In

Jeez, a foot of snow now on the ground, and another foot coming in.  I had a picture, but there's too much snow.  We are stuck here until tomorrow.

Elsewhere, there is a pending collapse in the BC condo market because who wants to insure cheap condo buildings in earthquake country?  All the insurers are fleeing, and, yet, they are building a new 57 story horrible thing.  I'm advising all the insurers - Get out while you can!  Nothing will stand at a low pgv of 20 cm/s which has odds of about 1 in 100 per year.  Good thing nobody reads me.

A collapse of condo prices in BC may have a teeny-weeny effect in Toronto.

Note to China:  Your lung capacity chickens are coming home to roost.  There's a smoking epidemic and breathing Orange Sherbert in the big cities has an effect.   Lets hope this thing does not get a foothold in Beijing.  The average lung capacity (reserve) must be the size of a coffee cup.

Don't read me if you are easily offended.  Yeah trumpy!  He's following the American Dream of huge swings in the 'animal spirits' curve.  Soon it will swing the other way.  This is constant 'creative destruction'.  Burn everything!  Go into a huge recession.  Rinse, repeat.  It still might be better than countries with static (stagnant) power blocks, like Japan, France, etc. 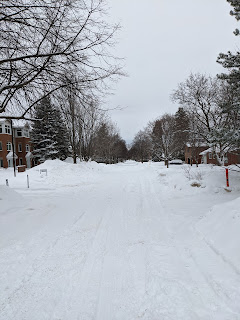 #stuckinottawa. Went to Costco for entertainment.
Posted by Harold Asmis at 9:57 AM