I admit it, the only way to cleanse the world of warmyism is to plunge rapidly into an ice age.  But not this day......

The fun thing with physics, though, is that when you crash and burn (a great movie on 4K), you can find out what happened.  We have had a huge Pacific reversal, but only half.  I call it the Halfsie El Nino (hen).

When we have a Full El Nino, then it sends huge tropical plumes up to the North Pole.  The world temperatures get a bump up.


A hen is 'unprecedented' which simply means that a lot of trees have fallen in the woods, but the first one that somebody hears crashing is 'unprecedented'.  The carbonistas love that term.  A hen piles a lot of warm water up the west coast, it zooms around the Alaska Arm Pit, like a hotwheels car on a loop, and then piles into the Arctic ocean.  This causes thin ice and a huge Greenland current which is pouring down a like a rain shower on the Gulf Stream.  Since nobody has seen this before, it is unprecedented.


Ever since the ocean currents have been plotted, this wonderful thing has never happened.

As for our winter, we have been 'hen pecked'.  That means we are getting lots of 'short plumes'

This has created a 'Great Blue Wall' for Canada. 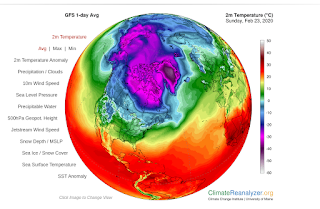 and the whole world. 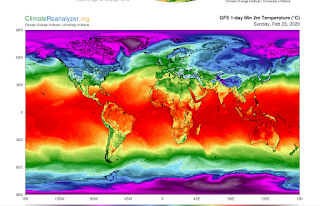 The wall is where it gets really cold.  I was just up in Huntsville which is at the boundary of the 'Clash of the Titans'. 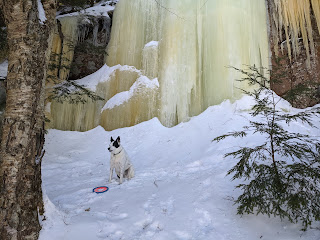 It's really winter there.

In summary, the hen has made a fool of me.  But, the north is still really cold (no heat energy).  That means we will continue to have a mild winter in Toronto, but it is going to last forever.  As I said before, snow storms from November to April.  The headlines will read 'Warming brings a warm winter', and they will forget the length thing.

ps.  the Pixel 4 on full telephoto through a window.