Finally, the UK is getting snow.  I kept thinking that with the coming ice age, the best investment would be in Scotland ski resorts.  :)  But this year we have the Halfsie El Nino (hen), and the plumes have been hitting the UK for months now.

Basically, we in North America have been hen-pecked by weak plumes but these have constantly sucked up Gulf of Mexico heat and then hitting the UK dead on.  So they got lots of rain and flooding.  And we know that flooding, drought, storms, fires, etc are caused by carbon change.  Now the plumes are missing the UK. 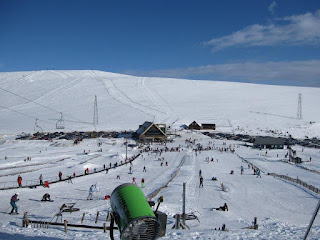 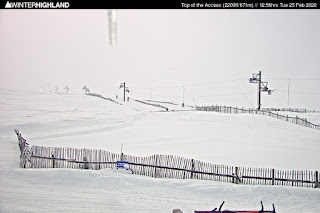 Beautiful snow in late February.  No people.  Have they all given up? 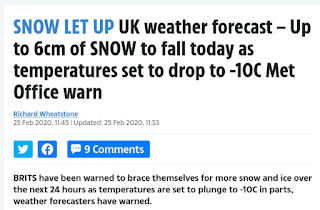 ps.  they are calling it the best ski conditions in recent years.  Too late to buy now.  :(