Atmospheric physics finds increased chance of sunburn at 80 below 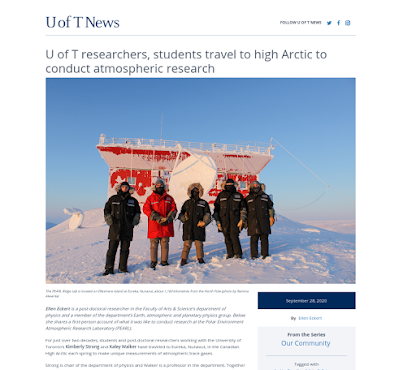 Yeah, they blew the story that ozone is at a record low when the Arctic temperature is at a record low.  At one time this was regarded as more of a hazard than the Carbon Warming Hypothesis.  We were all going to die at 80 below because of sunburn, and all those lovely lettuce plants would suffer.  That's why they made up all sorts of stuff, and got lots of money.

These people are investigating.  Unfortunately, they are constrained by the PR department on what sacred cows they can attack.  We won't be hearing much more from these guys.

ps.  this also shows why nobody can use the Scientific Method.  A great hypothesis would be that the hole varies with stratospheric temperature.  They could study and prove or disprove.  Instead, they are 'observing' and going 'La, la, big ozone hole, give us money to look at it more.'  :)