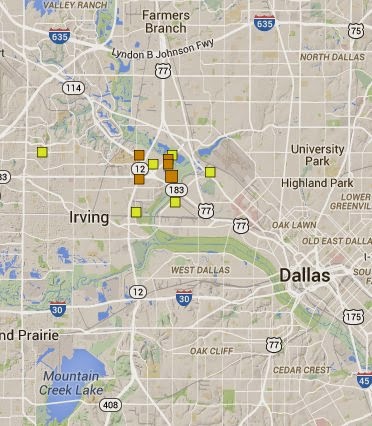 It was an embarrassment, even though there were no fancy houses.  Hasn't been an earthquake since Tuesday, I'm guessing it has stopped.  These things are caused by the huge price for disposing of frack waste, so the injecting people mixed in a bit for their cousin.  Normally, they are injecting deep salt water from standard oil well operations.

It would be so nice for Science to know what the Texas secret police are actually doing.  I have postulated that there is a slight chemical difference between deep salt water and frack waste, and if you addressed this, then you wouldn't have earthquakes.  By keeping it secret, as in Azle, now here, you are eliminating this possibility.

I'm always happy to be in a position where nobody listens to me.  :)  I don't have the Cassandra Curse, since I don't really care...

ps.  However, it is a bit sad that this will never be resolved.  There's no pay for journalists, and all the scientists are being muzzled by their PR departments.  :(

Update:  New M3.4 south of Dallas.  Somebody is playing whack-a-mole with the secret police.  :)
Posted by Harold Asmis at 6:23 AM