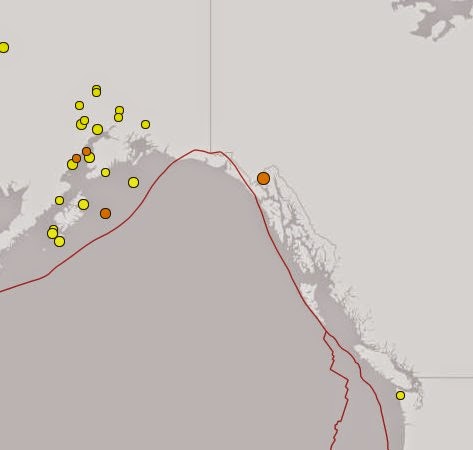 This is the site of my failed extrapolation.  Like the climate guys, a two point projection only gets you so far.  But this one was a bit weird. 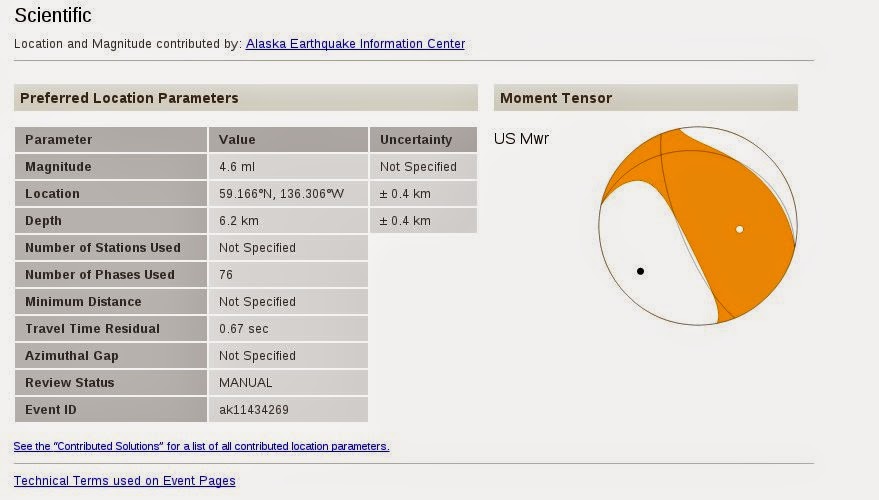 A thrust aimed right towards Whitehorse.  Bet they felt that!

Whitehorse (Canada) (162 km N from epicenter)(no details): It sounded like a big jet flying over my house, that is what woke me up originally and then I felt my bed moving and the rumbling sensation I've felt before with other earthquakes and I realized what it was. (via EMSC)
Carcross (Canada) (108 km NE from epicenter)(no details): I didn't know if I imagined it or not.... (via EMSC)
Whitehorse, Yukon / MMI IV (Light shaking): Was in the office by myself. Noticed the computer monitor vibrating and checked my glass of water, it was moving. Just thought about leaving the building when it stopped. It didn't last long, maybe a 10 - 15 seconds
Whitehorse / MMI III (Weak shaking)
Juneau, AK 99801 / MMI IV (Light shaking): Sitting watching morning news husband and I felt like shaking--immediately knew it was an earthquake!