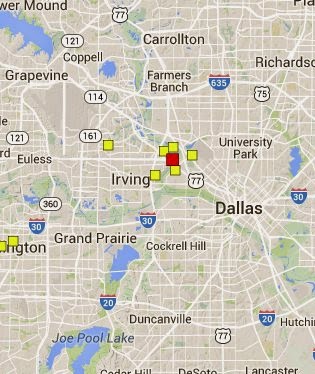 They were pretty ruthless in chopping down the well for Azle, now it looks like fracking waste again near Dallas.  Oh well, they have a seismologist now.  This is coming up quite fast, so he better get a move on.

ps.  There must be a huge amount of fracking waste building up for them to try this.  I can imagine acres of trucks.  Uncontrolled water fracking has led to this, and it pushes up the price for disposal astronomically.  A bit like cocaine piling up at the Mexican border.  Since the waste is uncontrolled, this leads to 'underground' activity.  In the future, we'll be surprised where this stuff ends up.  :)

More extra reading:  According to accountability project estimates, companies along the east coast can save more than $500,000 by transporting 4,150 cubic feet of waste solids to Ohio rather than dispose of them at local site specializing in radioactive material.

Update:  More little earthquakes.  They are claiming that it is just fracking.  I doubt it.  Texas has this big black veil over all these operations.

Update2:  They must have introduced fracking waste like Azle.  Nice news story.