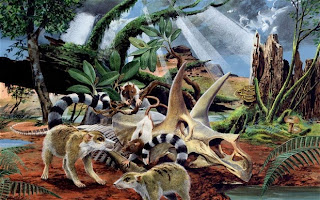 Really, we are well beyond the mere 'carbon warms us' crap, and must focus directly on the magnitude of the carbon sensitivity.  This value, which I call Cs (I've never seen anybody couch it as a constant) must be somewhere between 0 and a heck of a lot.

First, we should consider the precision to which we can ever calculate it.  Obviously, it must have more significant digits now, than in the past.  Like most of the constants, the ideal situation is to calculate it in the lab, but unfortunately, that value is near zero.  To be in the global warming camp, it must come with the baggage of non-linear water feedback.

Instead of being 'pro', or a derogatory 'denier', the scientific way would be to divide groups into 'High Cs' and 'Low Cs'.  And if the precision is 1 significant digit, as I would think, it is not productive to endlessly argue the third decimal place.  Some material properties, such as permeability are doomed to be forever, only a factor of 10.

In seismology we have a time-dependent sensitivity curve.  In other words, we know we are better at detecting small earthquakes now, than in the past, so any forward-looking models must take this into account.

So, is is useful to use geology in this argument?  Probably not.  I wouldn't go back umpteen million years, but just look at the ice ages.  What is the impact of a high or low Cs?  A high Cs has no restoring force, so once the ice started it wouldn't stop until everything was dead.  And the ice doesn't follow sun cycles or we would have had ice ages back to the dinosaurs.  Oh what a tangled web we weave....
Posted by Harold Asmis at 8:27 AM