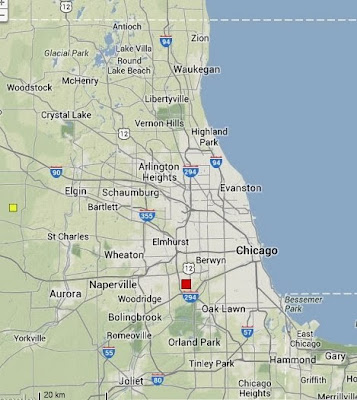 I am very impressed, right in the centre of the city.  It is my new theory that all the bankrupt cities of the US are going for deep injection, to keep the garbage collection going.  :)  Detroit would be very good for this, being right on the Grenville Front.   I really don't know the basement geology of Chicago, probably Archean, which is the rock right before the Grenville.  Remember that at the time of the Precambrian, a huge mountain range, was formed, and it had to smash up against something.  This is the Chicago rock.

The boring explanation, is that this earthquake is a very rare thing that pops up once in a while.

Update:  It's a quarry blast.  That's one heck of a blast. 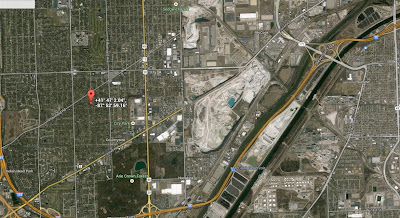 The quarry is surrounded by houses.  The blasting must drive them nuts!

Anyway, forget everything I just said.  :(