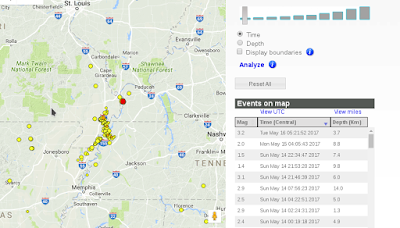 The great thing about the Oklahoma seismic zone is its ability to get everything else excited.  This is an M4+ earthquake, with an intensity of 5.  Right now, it's officially an m3.2 but it was recorded as a 4 in many places.  That means it had a strong directivity and it shows the classical felt area of a thrust fault. 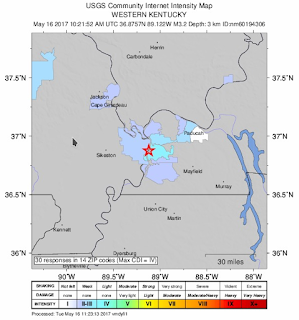 I've always said the existing NMFZ was dead in the old place.  It has to extend or shift to become a threat again, and Oklahoma is kicking it.  It can go up the river, which is controlled by the megathrust fractured zone.

Of course, if the trumpy oil companies released their seismic survey data, we'd all see this.  :(

ps.  followed by a deep m4 in OK.  The whole thing is now at my expected level, post trumpy.  I'm expecting a higher seismic energy rate next month.   ... and another m4 bites the dust.