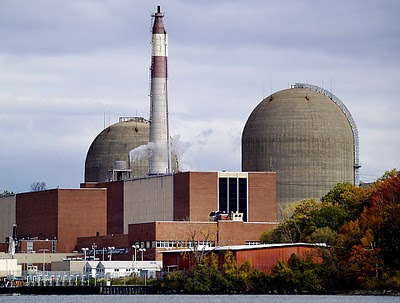 I love transformer explosions!  Not that I would like to be near one, but the whole 'thang' surrounding transformers, maintenance, etc.  Transformers are the first thing to blow in earthquakes.  Most likely they tend to catch fire, and require huge dousing systems, and the oil is all washed into the lake.  I don't know if this one just blew to smithereens, without a fire.  Then the oil is just scattered to the four winds without dousing.  :)

In the old company, the maintenance on transformers was crap.  I was constantly surprised that they just didn't  blow up on their own.  Their seismic robustness was near zero, so we can expect transformer fires and explosions with the scenario earthquake.  Transformers, block walls, and wobbly pressure tubes are the main seismic susceptibility for these plants.  None of which will lead to anything dramatic, but they won't be back up very soon.  If I were King of the World, I would like to harden up Darlington so it can stay up during an earthquake, but soon the whole thing is going to be ripped up anyway!  :)
Posted by Harold Asmis at 10:11 AM

Harold, this was a well-maintained 4-year-old Siemens transformer, still under waranty, and although some oil was lost, there was no fire, and the oil was contained within a conveniently placed concrete dyke, built ahead of time for just such an eventuality.

Those of us who are simply energy customers, sucking down our miniscule kilowatt or so, forget what huge energies are being created, directed, channelled, and made to dance at the local power plant.

Sometimes it tries to fight back.

Ah, brand new transformer? Must be that Siemens worm! :)