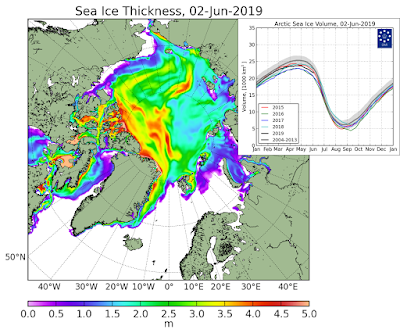 The ice volume was following a normal path to the minimum.  Now, because there is not a speck of heat in June, the curve is veering to the old band.

However, the summer decline is where all the bands converge.  We'll only know if it breaks out of the pack at the minimum.  The maximum thickness in winter has the most variation.

ps.  there has been no change in the ocean currents or ocean temperatures.  All the heat is going south.

pps.  the Southern Hemi is experiencing a severe cold snap.  Where is the heat going?  What happens to those guys during the northern  ice age? 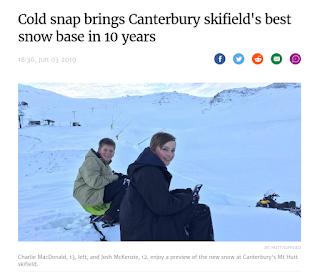 No good warmie news from there.  At least they had the Alberta fires.