On the dog walk today.  So neat.

So the story starts like this.  The ground is getting soupier and soupier.  They're on the edge of a slope and I knew there would be a problem. 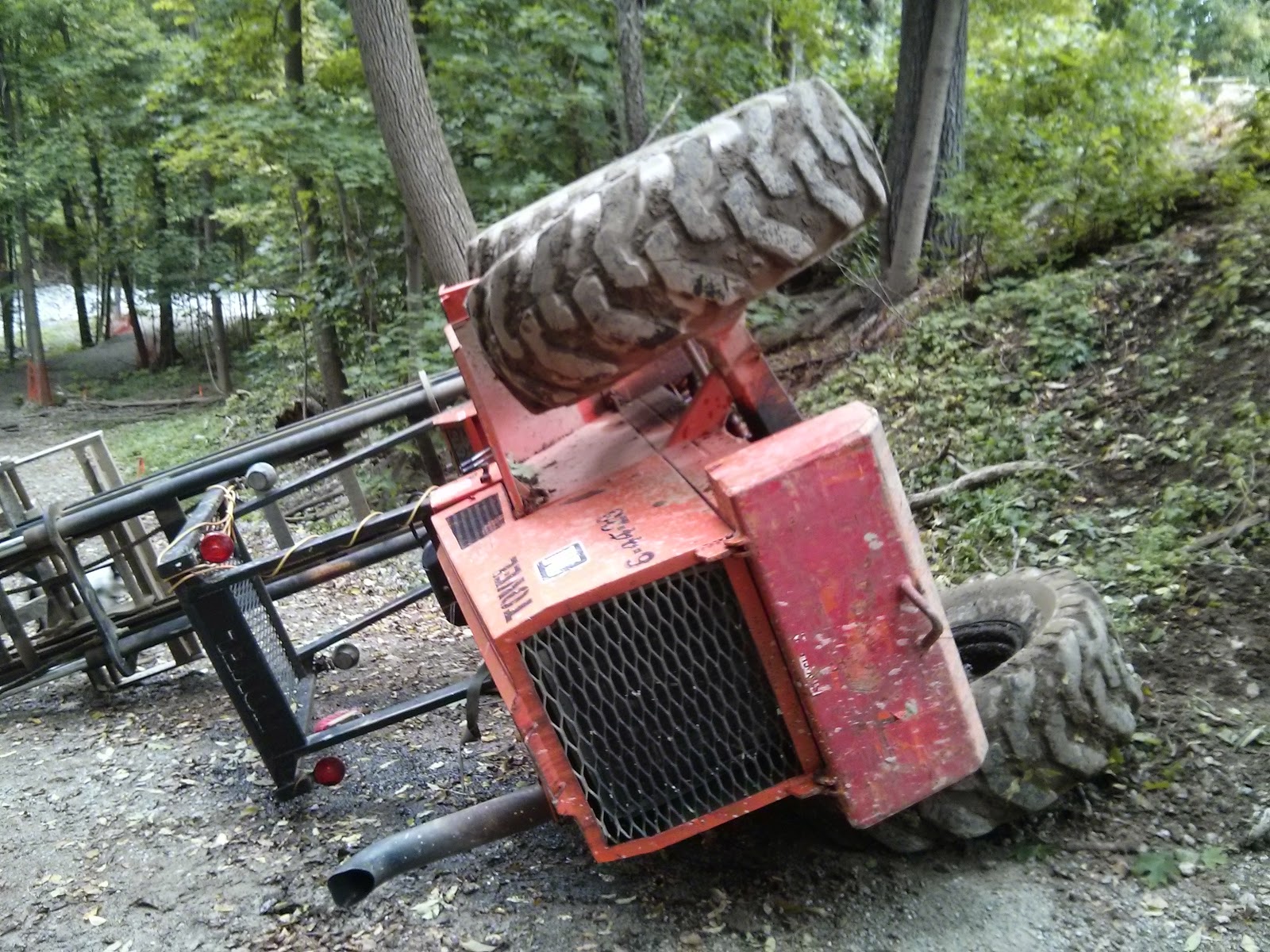 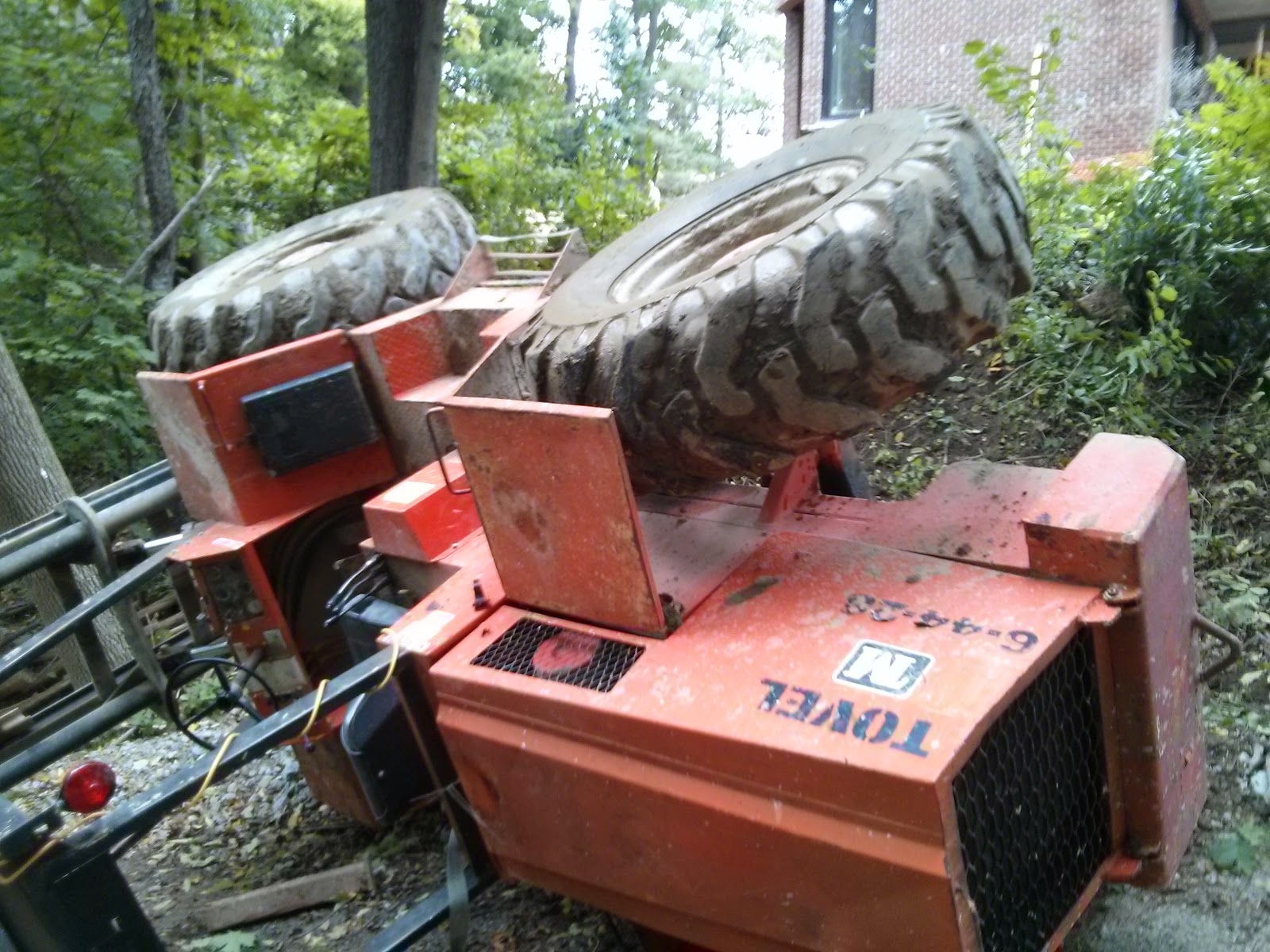 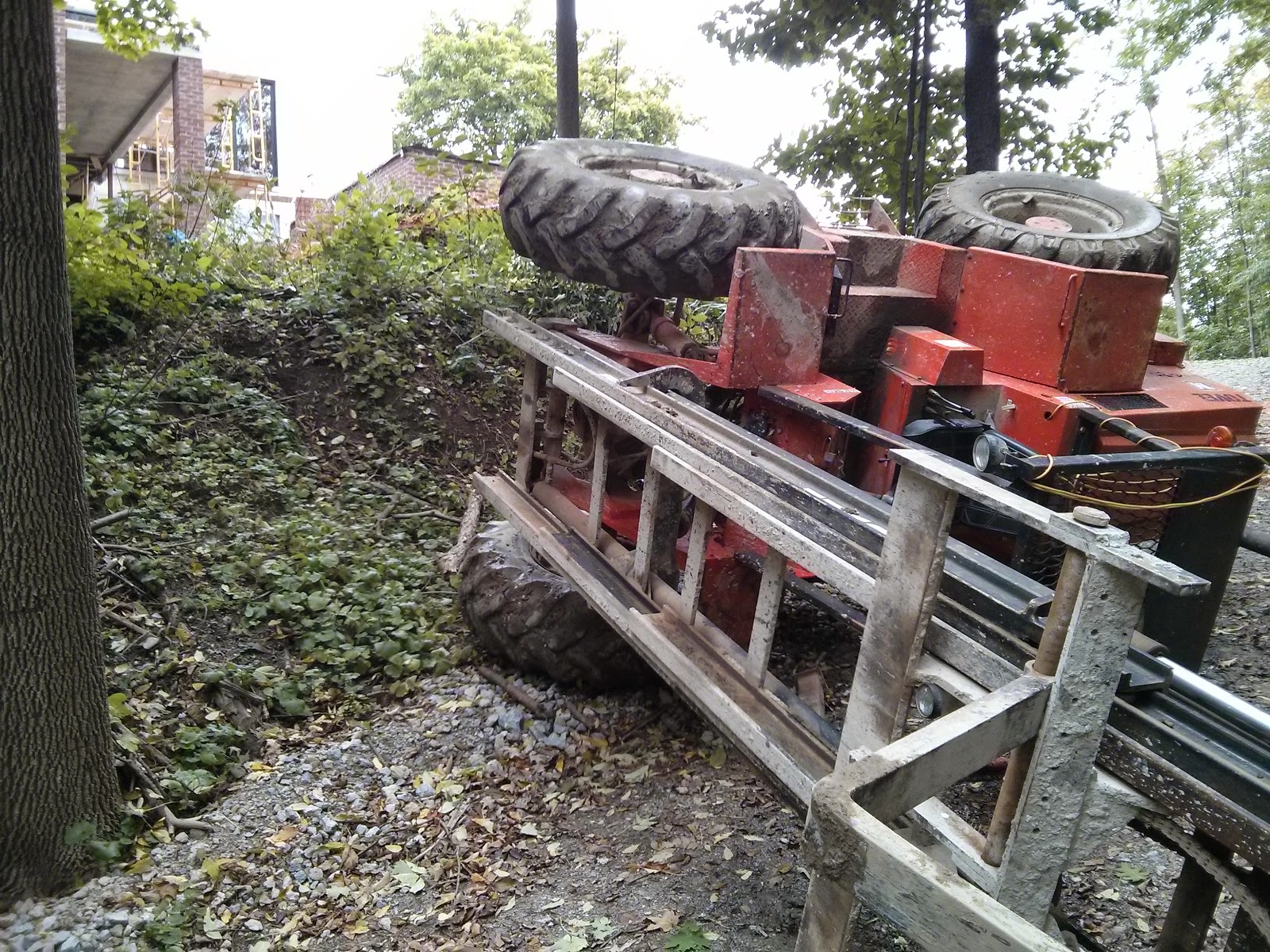 This is on City property.  This is the house I told you about that is taking forever because the owner is acting as contractor and dredges up the sleaziest workers ever.

But don't worry, this whole thing will be covered up quickly.

A giant towtruck has arrived. 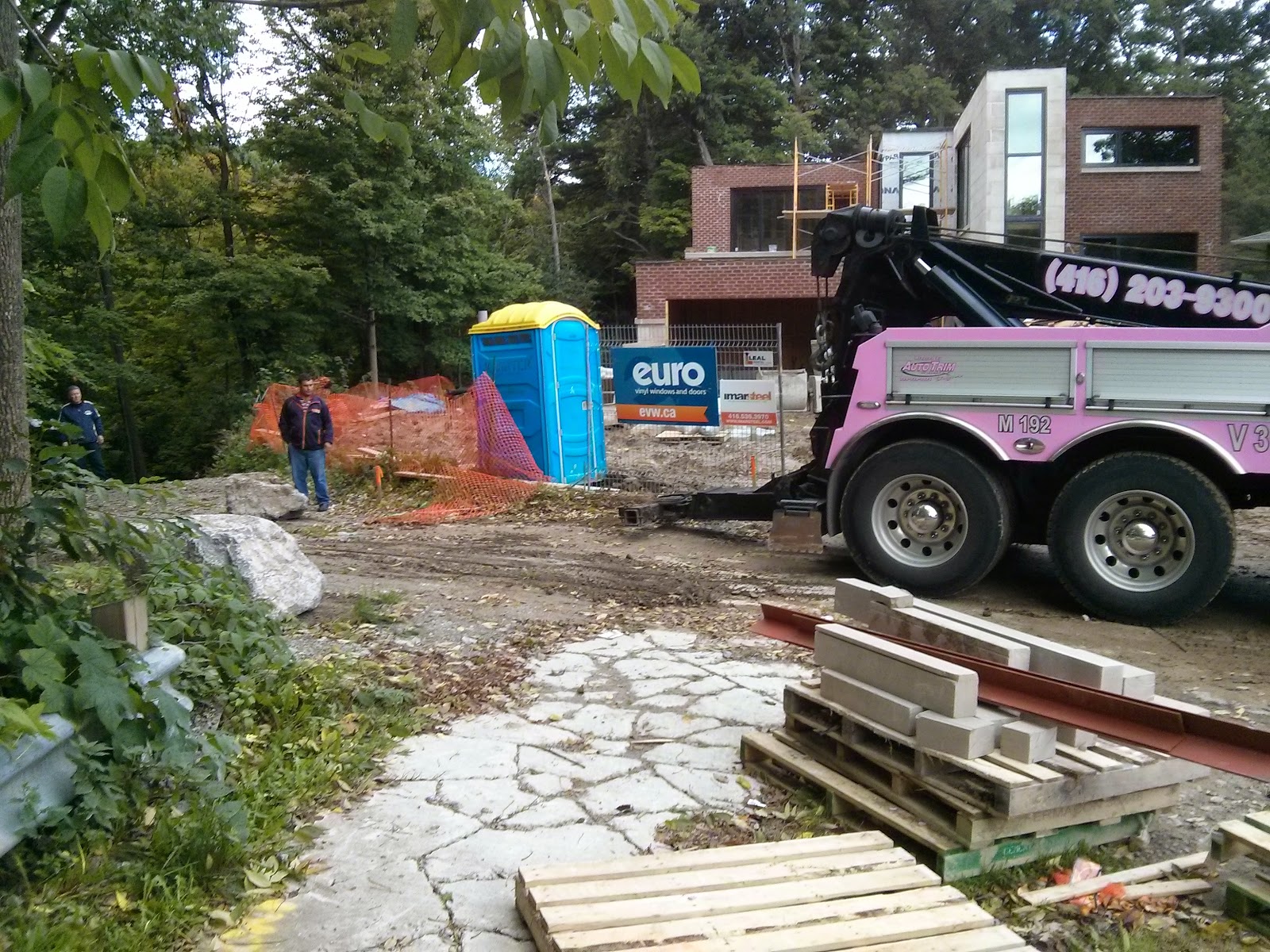 They are doing slight modifications to the parkland.

I'm giving Toronto a link to this blog.

Update:  Wow, the Toronto 311 email has really gone downhill.  Now they say they might respond in 48 hours.  Where are the Fords to shake this up?  :)

Update2:  I'm sure Dog Ford would be interested, since had we been earlier, my dog Roxie could have been killed.  (Dog Ford is the pitbull who will replace Rob when ... you know...) 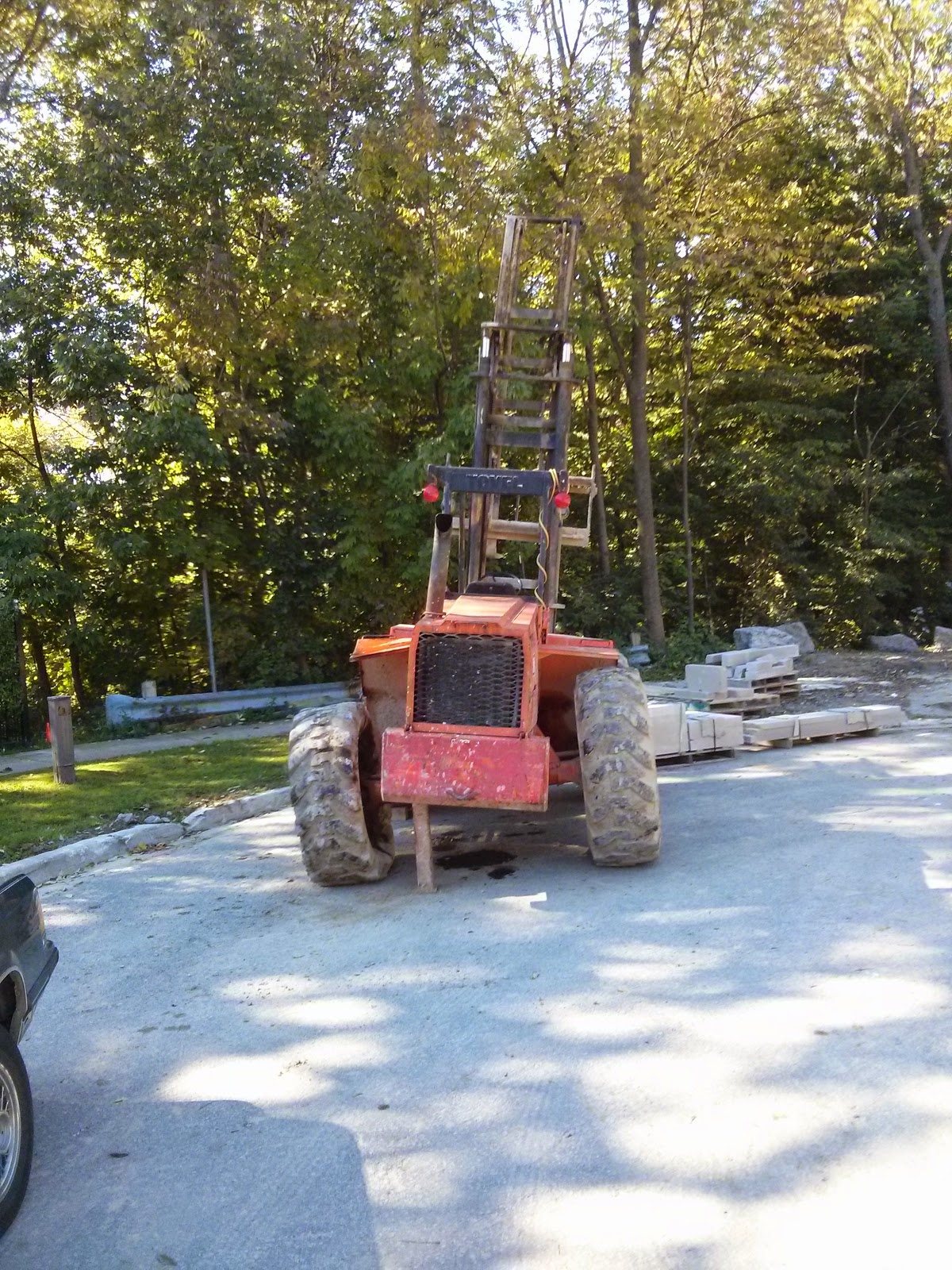 Slightly bent and battered.  The stooges have gone replaced by the owners bricklaying, and even wearing hardhats.  :)
Posted by Harold Asmis at 11:45 AM